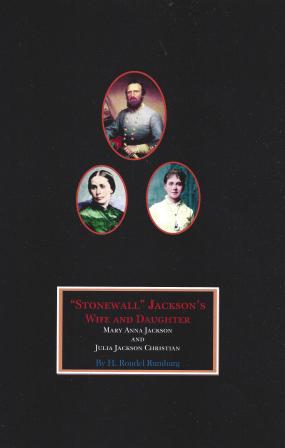 This is the first full length biography of Anna Jackson the wife of the famous General Thomas J. “Stonewall” Jackson and his daughter Julia. Julia was the only child of Jackson’s to reach adulthood. Anna was Jackson’s second wife. His first wife, Ellie lived only fourteen months after they were married and died in childbirth. Anna lived over fifty years after the death of her husband and thought it a privilege to honor his memory. Anna reared Julia and Julia’s children. She was the author of a book on the Life and Letters of “Stonewall” Jackson which gives the greatest domestic insight into his life. 521 pages